Muriel Barbery, The Elegance of the Hedgehog (France) 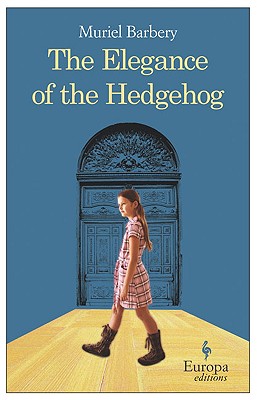 “When tea becomes ritual, it takes its place at the heart of our ability to see greatness in small things.”

Despite its 325 pages, not much happens in The Elegance of the Hedgehog. The characters meet people and become friends. Granted, there are stories based on less, but it’s not surprising that Muriel Barbery is a philosophy professor because the main characters spend a good chunk of their respective first-person narration pondering the world. And I enjoyed it immensely.

Paloma, the remarkably intelligent 12-year-old, has determined to kill herself on her 13th birthday because life is meaningless. In her last year, she records her “Profound Thoughts” as well as her “Journal of the Movement of the World,” an attempt at finding beauty that might make life worth it. Despite her rather morbid plans, Paloma isn’t self-pitying or overly morose. She’s just come to accept at a very young age that death is her ultimate fate and there’s no point in living. At least, that’s initially what she thinks.

Renée is the concierge in Paloma’s upscale building. She decided long ago that her place in social system means she must hide her intellect and cultured tastes, playing dumb with the wealthy tenants, until the newest building dweller figures her out (with the help of Paloma) and finds her delightful.

For all its philosophical meandering, the characters draw you in, particularly Renée. It’s hard not to root for her, self-educated and unassuming, largely overlooked by the posh, arrogant tenants. Her uncertain but overwhelming joy at finding an intellectual equal, a companion, endears her immediately to the reader.

My understanding of this book before I read it was totally off base. Whatever brief summary I read months ago gave me the impression that Renée was a secondary character – something along the lines of “A remarkably intelligent 12-year-old girl decides to commit suicide but then befriends her concierge.” I’m sure it was slightly more detailed and well-written, but that’s the gist. Really though, in hindsight the book is much more about Renée’s journey than Paloma’s – I found the young girl is not quite a prop but certainly an aid in moving Renée’s story forward. Of course, in doing so she’s changed too.